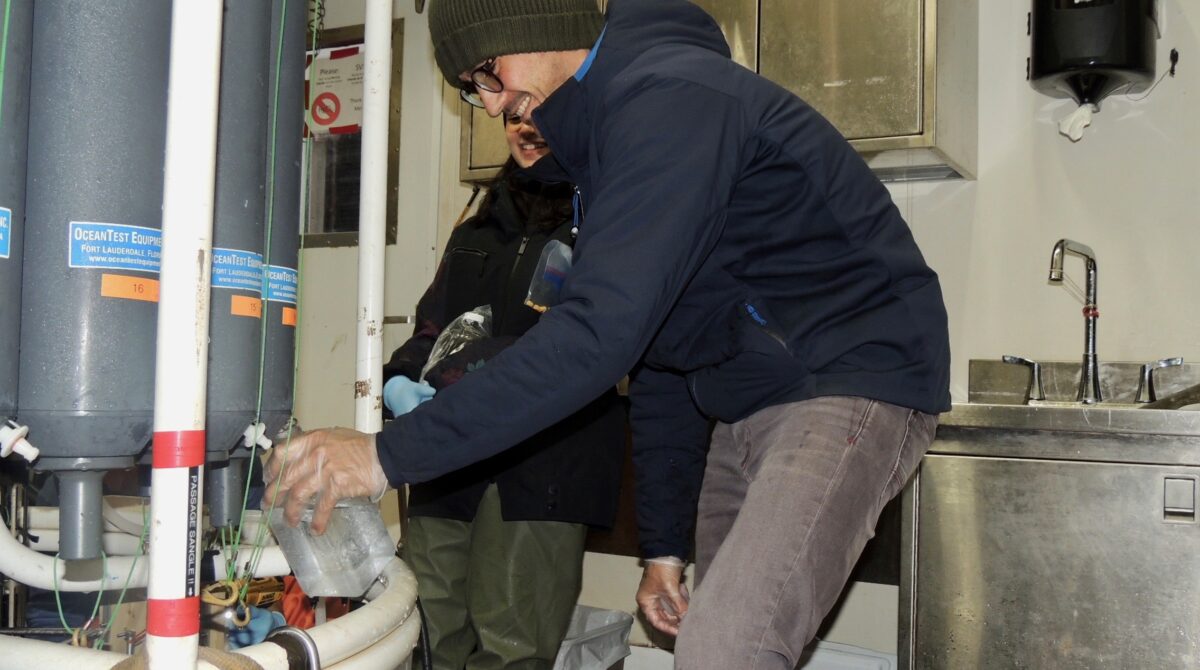 Water mass distributions were mapped throughout the Canadian Arctic Archipelago (CAA) through the use of Radium isotopes collected in the summer of 2015 aboard the CCGS Amundsen as a contribution to the NSERC-CCAR GEOTRACES project.

In a recent paper, published in the Biogeosciences journal, authors shed new light on the dominant water mass patterns in the area, including the bulk Eastward current and the effects of the prominent coastal shelf system, which is responsible for inhibiting Atlantic waters within the CAA. In addition, they were able to show that against the bulk eastward transport Atlantic waters intrude the CAA from the east, which then, in a “U-turn”, are reflected back into Baffin Bay. As the area provides the North Atlantic with the cool waters necessary for deep water formation, gaining better knowledge of the water mass distribution in this region is imperative.

To read the full article: